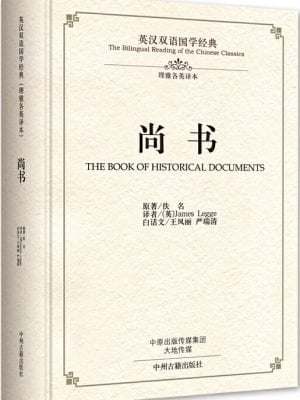 You are viewing: The Bilingual Reading of the Chinese Classics – Book of Documents (Chinese & English)

The Book of Documents (Shūjīng, earlier Shu King) or Classic of History, also known as the Shangshu (“Esteemed Documents”), is one of the Five Classics of ancient Chinese literature. It is a collection of rhetorical prose attributed to figures of ancient China, and served as the foundation of Chinese political philosophy for over 2,000 years.

The Book of Documents was the subject of one of China’s oldest literary controversies, between proponents of different versions of the text. The “New Text” version was preserved from Qin Shi Huang’s burning of books and burying of scholars by scholar Fu Sheng. The longer “Old Text” version was supposedly discovered in the wall of Confucius’ family estate in Qufu by his descendant Kong Anguo in the late 2nd century BC, lost at the end of the Han dynasty and rediscovered in the 4th century AD. Over time, the “Old Text” version of the Documents became more widely accepted, until it was established as the imperially sanctioned edition during the early Tang dynasty. This continued until the late 17th century, when the Qing dynasty scholar Yan Ruoqu demonstrated that the additional “Old Text” chapters not contained in the “New Text” version were actually fabrications “reconstructed” in the 3rd or 4th centuries AD.

The chapters are grouped into four sections representing different eras: the semi-mythical reign of Yu the Great, and the Xia, Shang and Zhou dynasties. The Zhou section accounts for over half the text. Some of its New Text chapters are among the earliest examples of Chinese prose, recording speeches from the early years of the Zhou dynasty in the late 11th century BC. Although the other three sections purport to record earlier material, most scholars believe that even the New Text chapters in these sections were composed later than those in the Zhou section, with chapters relating to the earliest periods being as recent as the 4th or 3rd centuries BC.