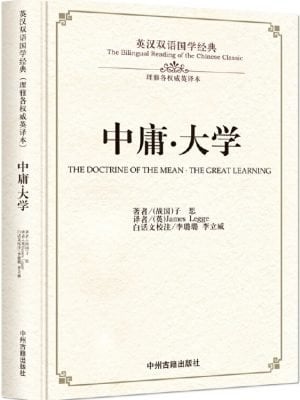 You are viewing: The Bilingual Reading of the Chinese Classics – Great Learning & Doctrine of the Mean (Chinese & English)

The Great Learning or Daxue was one of the “Four Books” in Confucianism. The Great Learning had come from a chapter in the Book of Rites which formed one of the Five Classics. It consists of a short main text attributed to the teachings of Confucius and then ten commentary chapters accredited to one of Confucius’ disciples, Zengzi. The ideals of the book were supposedly Confucius’s, but the text was written after his death.​

The Doctrine of the Mean or Zhongyong is both a doctrine of Confucianism and also the title of one of the Four Books of Confucian philosophy. The text is attributed to Zisi (Kong Ji), the only grandson of Confucius (Kong Zi). It was published as a chapter in the Classic of Rites.