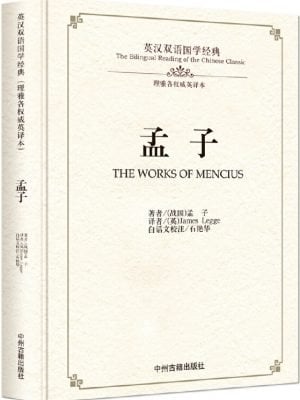 You are viewing: The Bilingual Reading of the Chinese Classics – Mencius (Chinese & English)

The Bilingual Reading of the Chinese Classics – Mencius (Chinese & English)

The Mencius (Chinese: 孟子; pinyin: Mèngzǐ; Old Chinese: *mˤraŋ-s tsəʔ) is a collection of conversations, anecdotes, and series of genuine and imagined interviews by the Confucian philosopher, Mencius.[1] The book explores Mencius’ views on the topics of moral and political philosophy, that are often posed as a dialogue to the ideas presented by Confucianism.[2][1] The interviews and conversations are depicted as being either between Mencius and the various rulers of the Warring States period, or with his students and other contemporaries. The book documents Mencius’ travel across the states, and his philosophical conversations and debates with those he meets on his journey.[2] A number of scholars suggest that the text was not written by Mencius himself, but rather by his disciples.[3] The text is believed to have been written during the late 4th century BC.[3]