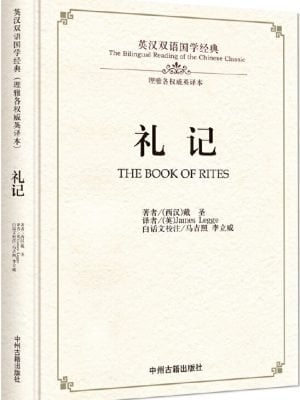 You are viewing: The Bilingual Reading of the Chinese Classics – Book of Rites (Chinese & English)

The Book of Rites, also known as the Liji, is a collection of texts describing the social forms, administration, and ceremonial rites of the Zhou dynasty as they were understood in the Warring States and the early Han periods. The Book of Rites, along with the Rites of Zhou (Zhōulǐ) and the Book of Etiquette and Rites (Yílǐ), which are together known as the “Three Li (Sānlǐ),” constitute the ritual (lǐ) section of the Five Classics which lay at the core of the traditional Confucian canon (Each of the “five” classics is a group of works rather than a single text). As a core text of the Confucian canon, it is also known as the Classic of Rites or Lijing, which some scholars believe was the original title before it was changed by Dai Sheng.