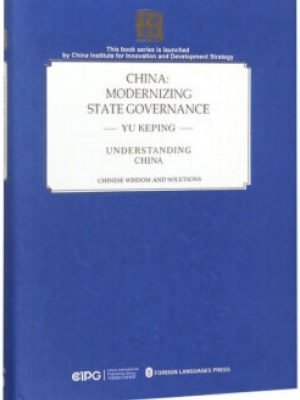 This book illustrates China’s path to modernization of national governance after reform and opening-up from both the institutional and procedural angles, interprets “”the mystery of China’s development””, and answers the major questions such as “”why China’s reform can succeed””, “”how China is governed””, “”what features China’s governance model has”” and “”what China’s governance reform focus is for the future””. The book includes four parts: “”Introduction””, “”Basic Systems””, “”Governance Strategies””, and “”Conclusion””. For “”Basic Systems””, it outlines the party system, People’s Congress system, the political consultation system and the legislative system that China’s national governance is based on, and analyzes the institutional advantages and characteristics of China’s governance model. In “”Governance Strategies””, it gives a detailed introduction and analysis of democratic election, the rule of law, political participation, policy making, government’s responsibilities, public services, political transparency and power supervision. The “”Introduction”” and “”Conclusion”” echo with each other, the former analyzing China’s governance model features and the significance of these governance reform strategies to China’s peaceful rise, and the latter focusing on the main challenges China faces toward national governance modernization as well as the future governance reform priorities.